Measure CC is a parcel tax in western Contra Costa and Alameda counties that funds critical infrastructure improvements at some of the East Bay Regional Park District’s oldest and most well-used parks.  The parcel tax is levied on residential parcels within the cities of Alameda, Albany, Berkeley, Emeryville, Oakland, and Piedmont in Alameda County, as well as residential parcels within the cities of Richmond, San Pablo, and El Cerrito in Contra Costa County. Additionally, portions of the City of Pinole, as well as some unincorporated areas of both counties are subject to the special tax. The special tax is $12 per parcel for Single-Family Residential parcels, and $8.28 per dwelling unit for Multi-Family Residential parcels.

So far, Measure CC has funded:

At Tilden Regional Park, Measure CC funds have paid for critical improvements to protect the historic Merry-Go-Round. Thanks to a new automatic fire sprinkler and a weather-tight enclosure, the beloved carousel should be in top-notch condition for years to come.

Measure CC also pays for ongoing services, such as extended operations at Crab Cove Visitor Center in Alameda, allowing thousands of local children and their families an opportunity to learn about the wonders of San Francisco Bay and its shoreline.

Thanks to Measure CC, we’ve made great progress in keeping our parks safe, accessible, and welcoming for thousands of park visitors. Check back here for updates! 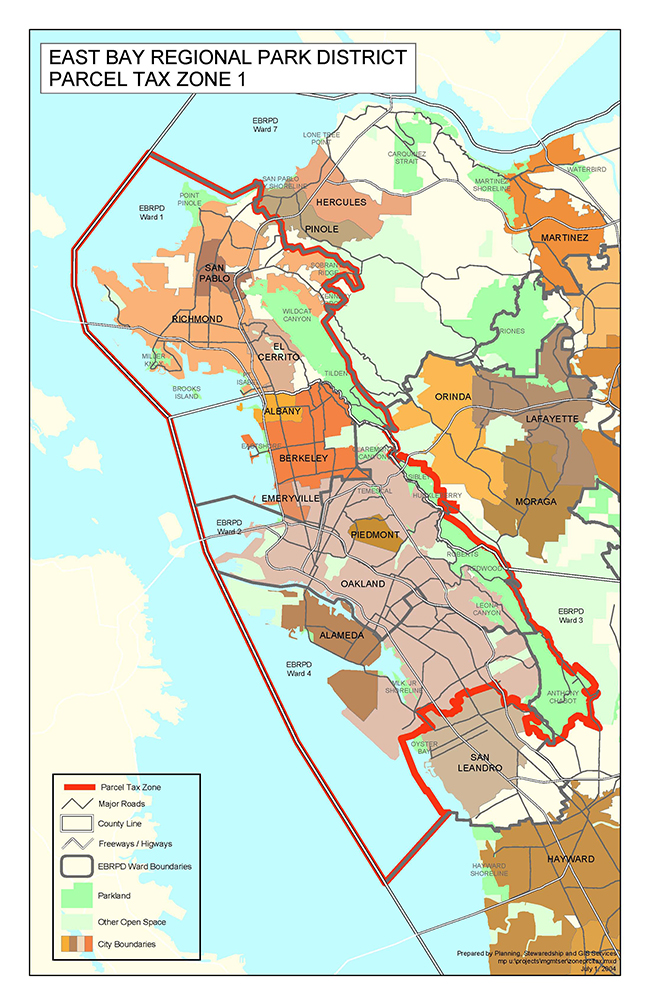 If you think your parcel was levied in error, or have further questions, email us with details at customercare@nbsgov.com or call 800.676.7516